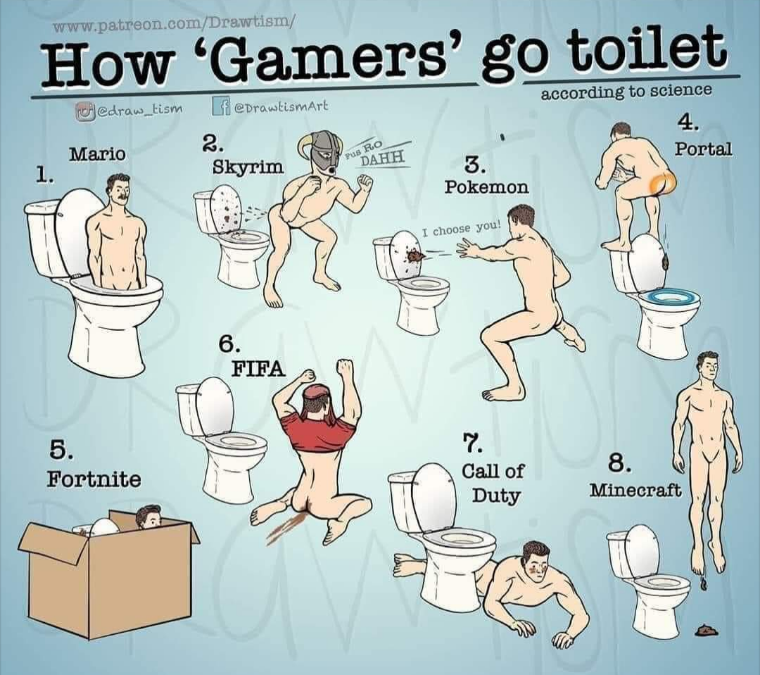 Boy so addicted to video games he stopped going to toilet

A 10-year-old boy was so addicted to video gaming he had to be treated in hospital for a distended bowel and bladder that ballooned out of his pelvis after he stopped going to the toilet to stay on the games, a top pediatrician revealed yesterday. (telegraph.co.uk)

Disgusting video: Gamer goes to the toilet while sitting on a bucket

This is the disgusting moment a young video gamer defecates in a bucket rather than pause his game in order to go to the bathroom. The youngster, playing an intense computer game, opts to drop his trousers in the middle of the internet cafe instead of seeking privacy. (dailymail.co.uk)

No votes yet. Be the first - vote now!

“Do not” flush paper towels down toilet

Before you wake up…

Do you want more memes and stupid stuff?

Want to see more memes, gifs and funny pictures? Join us on Twitter, Facebook or Discord and let’s waste a lot of time together!